How bottlenose dolphins are born 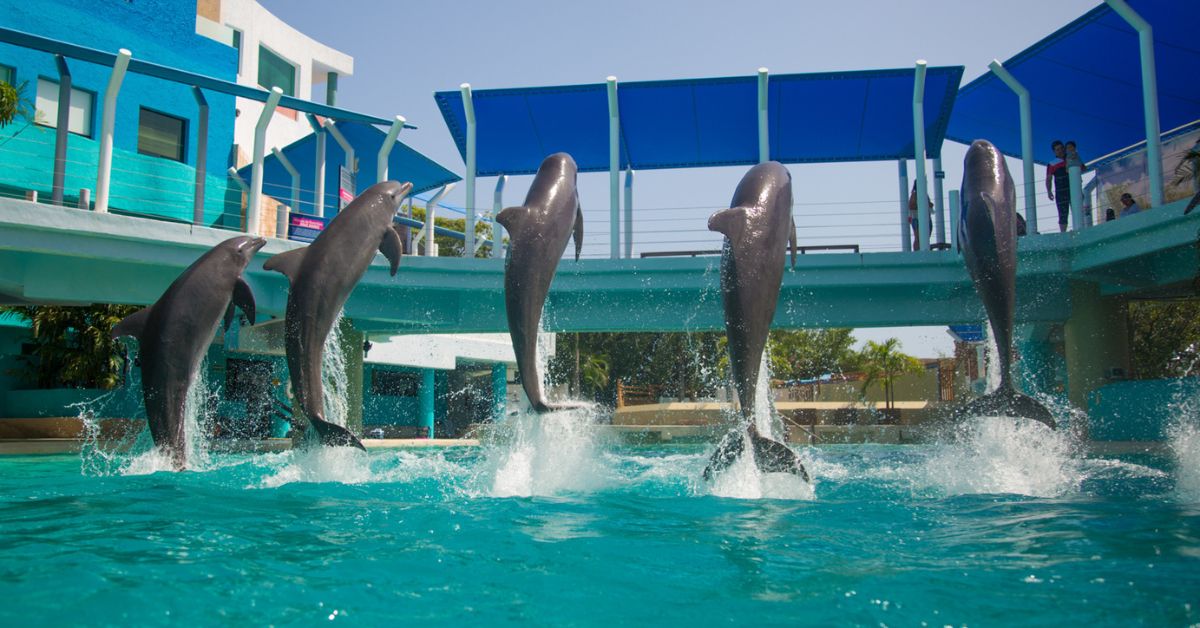 Do you know what cetaceans are and which animals belong to this classification? Did you know that dolphins take care of their young communally until the little one can fend for itself? In this article, we’ll share some fascinating facts about how dolphins are born and their developmental process.

The bond between bottlenose dolphins and their young

Bottlenose dolphins, like whales, orcas, porpoises, and more than 80 other species belong to the cetacean family, which are mammals of the marine world. Cetaceans are not the only marine mammals, there are also pinnipeds, polar bears, sirenians, and otters. This means that despite being aquatic animals, they do not get oxygen from the water like fish, but breathe air and get oxygen through their “lungs”. They are placental animals, which means they develop in their mother's wombs. In the case of bottlenose dolphins, this period lasts between 12 and 13 months and they usually have one calf at a time.

This creates a very special bond between the mothers and their babies, which is very important in the early stages of the young dolphin’s life. The period of dependency of the young with their mothers is one of the most important stages in the life of the Dolphins. For example, mother's milk provides the young with vitamins, proteins, and fats necessary for their development and helps them generate defenses and antibodies. It is the mother who teaches the young social behaviors within their groups and how to develop the best feeding, orientation, and survival practices until the young reach two years of age. 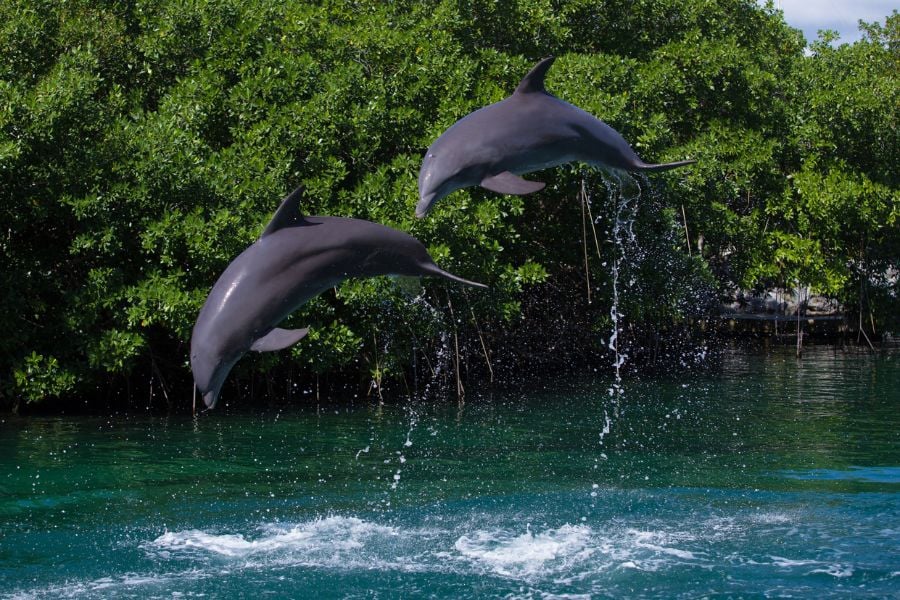 Being one of the most sociable animals in the animal kingdom, bottlenose dolphins congregate in groups of up to 30 specimens, although this depends a lot on the species and the ecotype. For example, for the bottlenose dolphin, oceanic ecotypes associate in groups of more than 100 individuals, while the coastal ones generally form groups of less than 20 individuals to take care of themselves, get food, play, and reproduce. In these groups or families, the young are also cared for collectively, making sure that they are fed, safe, and can develop in a healthy way.

Bottlenose dolphins have a life expectancy of 8.3 to 17.4 years in the ocean, although under human care they can have a life expectancy of 29.2 years. The record age for a bottlenose dolphin is 66 years. Under human care, females reach sexual maturity between 7 and 10 years and males between 7 and 12 years and measure 2.5 meters on average. The length record belongs to a wild dolphin measuring 4.1 meters and weighing between 150 and 650 kg. They have incredible physical strength, especially in the tail, which they use to propel themselves at high speeds. The record is 40.38 km/h in a vertical swim. Isn’t that amazing?

At Delphinus, we’re aware of the importance of respecting and seeking the best environments for our beloved dolphins, which is why we keep them in groups so that they can socialize just as they would in their natural habitat. In the same way, the young remain with their mothers as long as they need to ensure healthy growth.

All our habitats are designed with the highest standards of animal welfare, including a healthy diet, physical stimulation, stress-free environments, rest, and preventive medicine, among others. In this way, we ensure that each one of the dolphins has the best quality of life in a safe and caring environment.

In addition to caring for dolphins, we’ve implemented several cetacean conservation programs that include 5 domains:

Throughout the year, we carry out activities such as beach cleanups, talks, and school visits to talk about respect for marine life and the importance of ocean conservation. In these educational efforts, we also include all our collaborators who share a love for the seas and their inhabitants.

At the same time, we have a permanent research program on cetaceans and other marine animals in which biologists, veterinarians, and experts in marine fauna participate.

Best Annual Festivals for Your Next Trip to the Mexican Caribbean
February 4, 2023
Read more