7 facts you didn’t know about dolphins

Dolphins never cease to amaze. As researchers delve into the underwater world of these brilliant cetaceans, we're learning how full of surprises these creatures are, from their intricate social lives to their intelligence. Here are just seven of the ways dolphins are exceptional, both physically and mentally.

Dolphins didn’t always live in the water. They’re what’s called reentrants. Millions of years ago, the ancestors of dolphins roamed across land. The dolphins we know today are evolved from even-toed ungulates, which had hoof-like toes at the end of each foot. But around 50 million years ago, these ancestor animals decided the ocean was a better place to be. They eventually returned to the water and evolved into the dolphins that we know today.

Recent research has shown the surprising capabilities of dolphins for staying awake for days or weeks on end.

On the one hand, the ability makes perfect sense. Dolphins need to go to the ocean’s surface to breathe, so they can’t simply breathe automatically like humans do. They have to stay constantly awake to take a breath and avoid drowning. How do they do this? By resting just one half of their brain at a time, a process called unihemispheric sleep.

If you've ever watched a dolphin eat –if don’t, you will when you swim with dolphins- and you will noticed that they seem to gulp down their food. That's because dolphins can't chew. Instead, their teeth are used to grip prey.

One theory for why they've evolved to do away with chewing is because they need to quickly consume fish before it can swim away. Skipping the process of chewing ensures their meal doesn't escape.

The idea of dolphins being employed by the military to scan harbors for enemy swimmers or pinpoint the location of underwater mines may seem like the plot of a B-rated movie, but is true for more than 50 years.

Dolphins work by using echolocation, one of their great and incredible characteristics.

Study by researchers revealed that a population of dolphins living around the world, use some tools and they pass that knowledge down from mother to daughter.

Individuals in this small group of dolphins will search for several minutes to find cone-shaped sea sponges that are shaped for the task. The behavior is called “sponging,” and its a hunting behavior transmited from mother to calfs.

We know that pufferfish have strong toxins. Normally, pufferfish toxin is deadly. However, in small doses the toxin acts like a narcotic.

Apparently dolphins know this too, and they use this for recreational benefit, what make us think than not only humans find benefits taking some substances tha modified our anaemic state.

Dolphins have names and respond when called. In Delphinus all the animals of our family have a name given by they human family, that’s how you will recognize them when you swim with dolphins, however within pods have their own “signature whistle”.

Considering dolphins are a highly social species with the need to stay in touch over distances and coordinate together, it makes sense that they would have evolved to use “names” much in the same way people do.

Dolphins are amazing, and the oportunity to know them closer thanks to Delphinus is so much real than you think, live and experience like no other and learn more about this incredible marine specie. 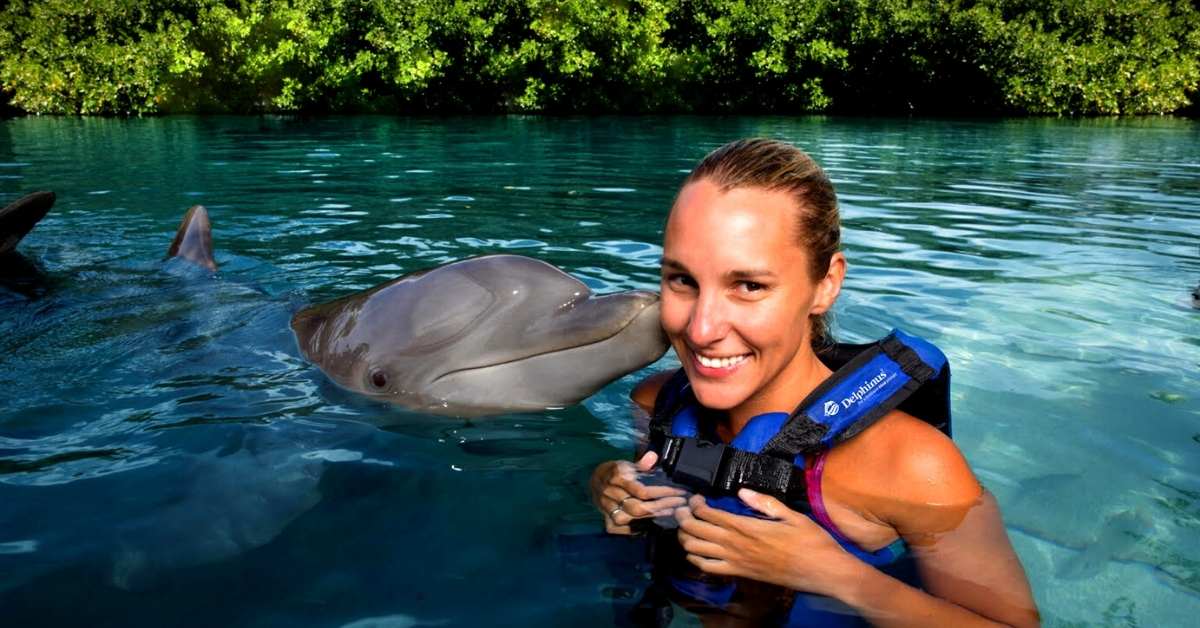